BUSINESS TENANCY -
PROBLEMS WITH THE LANDLORD......

Problem: A Landlord was trying to impose onerous harsh renewal terms on a client because he had granted a sub-tenancy, contrary to the terms of his lease.

Advice: On looking at the sub-tenancy agreement, although it contained the wording "tenancy at will", it was, in our opinion, an agreement that gave the sub-tenant protection under the act. Since the tenant would have had to give 3 months notice to the Landlord to withdraw his application from the court, for a new tenancy, it was agreed that the original agreement should be rescinded and the sub-tenant should be granted a new lease for a period of 3 months, subject to 3 months' notice, by either party, at any time from the commencing date. The provisions of security of tenure, under the Landlord tenant act, were excluded. Thus the onerous Landlord's terms could now be contested, particularly since it was spotted that the landlord had installed a sign written advertising board promoting the names of the two tenants, and in so doing, had taken positive action to acknowledge and accept a breach in the head lease, prohibiting any sub-letting!

Problem: A tenant was granted a licence to occupy office premises. Both the Landlord and Tenant were content and willing to execute a new licence but the Landlord's solicitor insisted that the tenant should sign a lease; the document contained onerous terms and was substantially different from that agreed during the licence period.

Advice: We stated that, if the new terms were not negotiable, then the tenant must make a commercial decision to either accept them or vacate. The alternative was to agree a new licence with an increased quarterly licence fee to reflect the additional costs the landlord envisaged, to cover potential future liabilities. The licence should also have contained a clause that stated "the Parties hereby declare that this agreement does not amount to a lease or tenancy or to an agreement to grant any lease or tenancy". The good news was that the tenant could leave without any of the bills that would be rendered if he had signed a lease, but this was unnecessary since the Landlord agreed to the compromise, accepting that he would not have a sitting tenant since the licence was outside the provisions of the 1954 Landlord/Tenant Act.

Problem: A tenant was negotiating terms for a new lease for shop premises which had remained empty for some time but appeared to be a suitable location from which to establish a new retail outlet for the sale of specialist products. The Landlord had produced a lease but insisted that any agreed variations should be covered by means of a "series" of side-letters.

Advice: The way to proceed was to point out that to incorporate "important points" in such a way is unacceptable. Side letters have proved to be a very rich source of litigation. There are instances where side letters are acceptable; however fundamental points should not be included in a side-letter. If they deal with proposals which all parties accept, there is no reason why they should not be included in the lease. Side letters give rise to two problems, Firstly, whether they are binding at all. Secondly, when a property is sold, "a series of side letters" may not bind anyone to whom the Landlord sold the freehold to or to any new tenant, should the business be sold to them. Clearly every lease normally favours a landlord over a tenant and the objective of negotiations is to draw an equitable balance and incorporate the terms in a single document, preventing any potential costly disputes and misunderstandings. If the Landlord is willing to accept variations in the form of side letters, there is no logical reason why such variations could not be incorporated in the lease document.

Problem: A tenant had paid a substantial premium for the residue 4 years of a 21 years lease. At the end of the term, a new lease could not be agreed so the tenant withdrew his application for a new lease from the County Court and decided to vacate. The Landlord responded by serving a 72 page schedule of dilapidations, detailing works to rectify, amounting to about £65,000. To save business rates, the Landlord had asked the tenant to stay in the shop paying just a peppercorn rent if demanded, plus rates and general expenses, whilst negotiations on the dilapidations were progressed and he found a new tenant. The tenant was sent a "Tenancy at Will" which he refused to sign in case it should be interpreted that, by doing so, he had agreed to the Landlord's dilapidations claim.

Advice: This was one of the largest and most complex files we have ever been called upon to comment on and the client was not sent to us until after more than a year of failed negotiations whilst he remained in the shop, rent free. As the market improved, the Landlord was seeking vacant possession whilst still maintaining that the tenant must pay for rectifying all the dilapidations. We advised the tenant's solicitor that, in our opinion, an "oral tenancy" existed and, ironically, the tenant could claim security of tenancy under the Landlord Tenant Act, which would be turned down by the court (because no rent payable) but would at least provide 6 months for us to see if the file contained a solution, so that the tenant did not have to file for bankruptcy, this appearing to be the outcome if the Landlord succeeded in convincing a court that the Landlord did have a valid claim.

Pre-contract enquiries to the previous tenant's solicitor, at the time of the assignment, revealed that the Landlord was not aware of any outstanding breaches of the covenants. A letter was also on file from the Landlord confirming that essential remedial works had been completed but that he could not speak for repairs accrued since those works were done. The sales particulars produced by the Estate Agent also at that time, stated that the fabric of the building had recently been substantially upgraded. We pointed out that something cannot be "kept" in a particular condition (as required under the lease terms) unless it is already in that condition; consequently the "damage or deterioration" requiring repair may not simply be that occurring since the date of the lease, but might be that which has occurred at some earlier date at which the property was in a particular better condition. The standard legal textbook says "that condition which, having regard to the age, character and locality of the property at the date on which the lease was granted, would make the premises reasonably fit for occupation by a reasonably minded incoming tenant, of the class who would likely to take it". In the absence of "A Schedule of Condition", as in this case, the onus must be on the Landlord to prove the property has deteriorated since the date of the lease.

The Landlord threatened court action and now claimed £47,000 to be the cost of rectifying the Dilapidations. The tenant responded by setting out a schedule, listing only those items that he believed he was responsible for. After over a year of wrangles, threats and rising solicitor's costs, the Landlord proposed, as a compromise, that the tenant should pay just £7,000 in full and final settlement for all claims for Dilapidations and vacate within 14 days. We advised the tenant to reply offering £4,000 in full and final settlement of all outstanding matters in connection with the tenancy, pointing out that the Landlord's letters have always been written under the heading "Dilapidations" and he didn't want to vacate and end up in litigation over surveyors bills or any other sums the Landlord thought he was entitled to. The Landlord finally accepted the £4,000 and the tenant vacated, much to the relieve of all parties in this dispute.

This said, there are many lessons to be learnt by avoiding what could have been potentially expensive litigation costs by the Landlord, (whose only achievement would have been the bankruptcy of his tenant), the main one being the importance of a schedule of condition at the start and after each and every assignment. 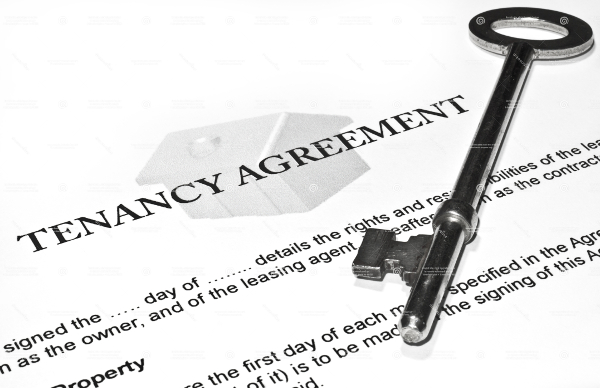