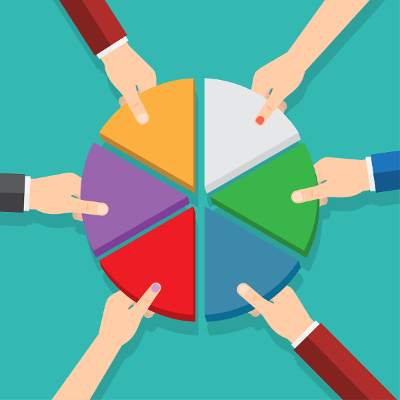 Problem: A 20% Shareholding and 5000 10% convertible redeemable preference shares were acquired by sleeping partners in a company. The Articles of Association being altered by the investors solicitors. Three years later, the company continued to make losses, no preference dividends had ever been paid and further capital injection was required for it to survive. A trading partner was prepared to invest substantial funds for a 51% Shareholding, providing the sleeping partners agreed to sell their ordinary and preference shares in the company, but they insisted that the arrears of preference dividend due to them should be paid and they also received a substantial premium for their Shareholding. The deal looked doomed until the Managing Director turned to us for help.

Solution: Section 160 of the Companies Act 1985 states that redeemable shares may only be redeemed out of distributable profits or out of the proceeds of a fresh issue of shares made for the purpose of the redemption; the company could indeed redeem the preference shares at par out of the further equity injection, but it is not legally entitled to pay a dividend until the current deficit on the profit and loss account is extinguished ie it has distributable profits; since there were no prospects of any dividend, the company remained liable for arrears of the preference dividend and thus the sleeping partners could remain beneficiaries of the arrears if ever paid or could transfer or waive these rights. Section 178 of the Companies Act 1985 refers to a company's failure to redeem or purchase ie section (2) reads "The Company is not liable in damages in respect of any failure on its part to redeem or purchase any of the shares" and section (3) goes on to say "if sued for damages the court shall not grant an order for specific performance of the terms of redemption or purchase if the company shows that it is unable to meet the costs of redeeming or purchasing the shares in question out of distributable profit". Regulation 32 of Table A was not excluded from the Articles of Association when amended, consequently the company remained free to increase share capital by way of ordinary resolution. Since the injection of funds was necessary for the survival of the company, the resolution was not unfairly prejudicial to minority shareholders. The sleeping partners sold their ordinary shares at a realistic price and waived all rights to unpaid dividends on the preference shares, which were redeemed out of the new capital.

Problem: Two directors ran a company; one held 75% of the shares and the other 25%. For a number of years, they had each taken a basic salary, then voted themselves a bonus and allocated the amounts on a 75% - 25% split. The controlling director dismissed his co-director but parties failed to agree on a valuation on the 25% holding and extensive legal and accountancy fees were being charged to both parties whose opinions were contrary.

Advice: In order to satisfy the statutory test of unfair prejudice, it must be shown that the interests of some members, including the petitioner, have been prejudiced unfairly. Following the Ebrahimi v Westbourne Galleries case, in 1972 Lord Wilberforce speaking in the House of Lords established that a limited company is more than an entity, with a personality in law of its own and that there is room in company law for recognition of the fact, that behind it are individuals with rights, expectations and obligations which are not necessarily submerged in the company structure; in the case of a small private company in which two or three members have invested their capital by subscribing for shares on the footing that dividends are unlikely but that each will earn his living by working for the company as a director, the distinction may be more elusive. The member's interests as a member who has ventured capital in the company's business, may include a legitimate expectation that he will continue to be employed as a director and his dismissal from that office and exclusion from the management of the company may therefore be unfairly prejudicial to his interests; the valuation on the 25% interest had to reflect the anticipated bonuses and not simply the asset value of the shares on the balance sheet and a deal was agreed to reflect this.

Problem: A director had a dispute with his co-directors, resigned from the board and left his employment with the company but still retained his 25% Shareholding in it. Long drawn out and potentially precarious litigation seemed a distinct possibility. The director had guaranteed the company's overdraft and had also agreed to be surety for a lease. He wanted to start a new company but needed a means to protect the new venture, should litigation force him into bankruptcy.

Advice: The interests of the new business can be protected by the utilisation of a single member company, with the shares being allocated to members of the family. It is important that it is accepted that none of the shares are held in trust or as nominee for the director involved in the litigation. If he were the beneficial owner of the shares (as he would be under the Declaration of Trust), should he be made bankrupt, his interest under the Declaration of Trust could be recovered by a trustee in bankruptcy. Since the ex-director had no shares or any interest in the shares of the new company, should litigation not take place or be successfully defended, then shares are simply "gifted" to the director; if litigation results in bankruptcy, the ex-director can be employed by his family and the new company's assets, providing no funding has been injected by the director involved in the litigation, cannot be touched by creditors.